From Hostility to Humility to Healing

In a sense, all reconcilers are social psychologists.

To play a role in healing broken-down communication, it helps to have an idea about our relational brains. Listen to the words of fierce conflict. Note the non-verbals. Admit the facts. Explore where the pain comes from. Remember that we are complex creatures, full of bad communication habits and psychological trauma. But see that we can rise above our vices, our pain, and many other barriers to understand, forgive, and love one another.

Well, Christena Cleveland is a reconciler. And she’s a social psychologist. She’s also hilarious, full of intensity, and willing to speak unfashionable truth when the situation calls for it. Here’s a snippet of a recent conversation we had with Christena about finding resources in social psychology and reconciliation theory for understanding disagreement, group and individual identity, defensiveness, and growing in intellectual virtue.

The Table: Given your work in psychology and brain science—thinking about the social-brain—what does a social–psychological perspective offer to our understanding and practice of reconciliation?

Christena Cleveland: What psychology has to offer—particularly to work in reconciliation, or understanding cultural divisions and overcoming them—is a game changer. It’s not that the psychological perspective is more important than any of the other perspectives. But within the church and other communities of faith, there is a long tradition of theological, sociological, and historical perspectives on reconciliation. Psychology really helps people see why just having the theological perspective and believing that reconciliation is important doesn’t necessarily materialize into closure or healing. Psychology and neuroscience allows us to look at some of our non‑conscious biases and how those are playing a huge role in what sort of emotions we experience in reconciliation situations. Why is it that group conflict automatically dovetails into actual hostility? Why is it that it’s very difficult for us to distance our personal identity from our group identities, and how do those play a role in ways that we interact with other groups?

Can we talk about that in the context of disagreement? 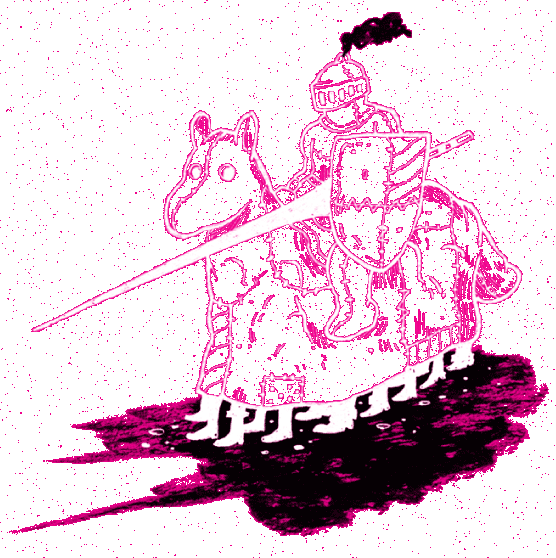 Those biases, the ones we’re not aware of… they play a big role in the psychological aspects of disagreement. Conflict is sort of a neutral fact… It just is. But then that conflict develops into hostility. It goes from neutral to charged. It doesn’t have to, but it often does. Why is that?

Oftentimes we think of conflict as neutral, and it is. But unfortunately, conflict is about groups, and groups are about people, and people have identities. If you think about it, I have an identity as an individual, but my identity as part of the different group memberships that I participate in is just as powerful. And that informs my individual identity.

My identity is closely related to my self-esteem.  I want to feel good about me. I want to feel good about my identity. And so at this point, I’m mad at anybody who dares to disrupt how good I feel about my identity! That’s what conflict is all about. Conflict is saying, “Our way is better.” “Our goals are better.” “Our approach is better than yours.” But it’s not just an individual thing.

All of a sudden, it’s an entire group with all these identities that are backed up in it. If you apply this to the church, for example, people’s identities are rooted in their theological perspectives. Someone who might be pro-life versus pro-choice, you’re not just talking about a neutral conflict where people disagree in a pure, rational way.

That’s an interesting human response. Maybe people wouldn’t even admit it right away, but it’s about being willing to say, “I’m feeling personally attacked when someone disagrees with me.”

And that’s because our identities and our ideas get so closely knit. Tell us how to manage those conflicts. When conflict begins to spiral negatively toward hostility, toward real attack, toward exclusion, how can we keep the conversation civil and move toward reconciliation?

That’s a big question. Managing conflict, once it’s already spiraled out of control, is close to impossible. The only thing that can make a difference is if, all of a sudden, you had a turn towards humility. Usually when you’re in defensive mode, you’re not open to being humble.

When this comes up with my students, I try to help them step back and see how their ideas are informing their identities and vice versa. We often come up with what I call a “culture map.”

We tend to hang out with people who think and act the way that we do. So we’re looking to see how “normalized interactions”—everyday things we’re a part of—might be informed by our ideas and how they affect the way we perceive situations.

It’s difficult to deal once emotions are high. If you can help people see how that’s happening beforehand, or in anticipation of a conflict, then people can choose to see it in a more detached, rational way. It’s still not going to be perfectly rational, because we’re humans. But I think people can start to separate their identity from their ideas if they’re looking out for these things.

How should we balance our emotional side and our rational side? Are those two things in tension?

I would argue that emotions are powerful and informative. We should pay attention to them. I certainly think emotions are helpful in the sense that they bind groups together, especially if you are in a conflict situation.

So far, we’ve been mostly talking about conflicts that, perhaps, aren’t actually threatening. But a lot of conflicts are—particularly conflicts across power lines. So I think in that sense, emotion can be very powerful.

What would I say about this rationality piece? Well, I think it’s a myth that we can be rational. It’s often a tool that more powerful people use to oppress less powerful people.

You think it’s a power move.

Earlier you suggested humility was key in preventing a negative communication spiral. That’s something that probably all of us know, deep down. But in the heat of disagreement, pride can gets in the way and becomes a defense mechanism. What about being defensive prevents us from being humble? Being willing to admit that we could be wrong?

Evolutionary psychologists and anthropologists would say, “Defensiveness is a completely normal, healthy way to respond to situations where you do feel like you’re in danger.” Our body’s stress response was designed to help us be vigilant, to see threat, and to make sure that we can physically survive. Now, unfortunately, our body’s stress response also responds whenever we’re psychologically threatened. It’s designed for the physical threats. It’s designed for me to be on the savanna somewhere, when a lion jumps out and tries to attack me.

I’m not trying to build something new or be creative. I’m trying to maintain what I have, because I’m trying to save myself. The fact that we naturally confuse physical threats with psychological threats makes it very difficult for us not to be defensive in intellectual arguments.

The good thing about that though, is that these processes mostly happen outside of our awareness. As soon as we become aware, “Okay, wait: I’m just getting defensive, because my stress response has kicked in gear. There’s no actual lion out there. It’s just a person asking an honest question.” [Laughs] Then you can usually calm down pretty easily and respond.

What can help us foster more intellectual humility, so that when it comes to a moment of perceived attack, we can become aware?

If that happens, if that self‑affirmation occurs, then you’re much more likely to lower your defenses. Now you don’t feel like, “Oh no, my integrity is under attack,” and you can actually be a little bit more open‑minded.

What would you say is the courage that the church needs now when it comes to tough questions and things that go really deep?

A lot of us know that if we start that journey, it will end at the cross, so we don’t even want to start it. But that’s what it is. It’s the courage to say, “I’m going to find out what your life is like.” Even if that ruins my perception of life; if it ruins the way that I think about my group and my identity; even if it topples my understanding of the way the world works, who deserves good things, who doesn’t deserve good things. These are all things that shake our intellectual foundations.

We’ve spent so much time building these intellectual houses of cards based on perceptions and beliefs about who deserves what and who is actually better than other people, even if these aren’t conscious beliefs.

To say, “I’m going to try to empathize with my immigrant neighbor and find out what life is like in her shoes on a daily basis”—that scares me. Because then I might have to think twice about how am I spending my money, what kind of church I am going to, what I am talking to my students about, how I am spending my time…

How does intellectual character make us more unified or address problems of disunity?

If we’re going to address problems of disagreement, we need to be really careful about how we perceive credentials, how we give some people credentials and deny others. We’re often more likely to be willing to hear truth from someone who has the credentials that we value—the credentials we think are important.

So we often miss out on truth from people who don’t have the credentials that we’re looking for. If someone doesn’t have the degrees that we think are important or isn’t affiliated with a church organization that we think it is important or comes from the wrong part of town… kind of like Jesus: “Could anything good possibly come out of Nazareth?” We too often have that attitude along racial, class, gender, and theological lines. If we want to work towards unity and truth, then we have to be really careful about credentials.

Christena Cleveland is a social psychologist, public theologian, and is author of Disunity in Christ: Uncovering the Hidden Forces that Keep Us Apart. She is Associate Professor of the Practice of Reconciliation at Duke University's Divinity School.

The Danger of Civility – Christena Cleveland The Vice of Closed-Mindedness: And How to Become Open-Minded

Rights and Obligations: The Role of Religious Arguments in a Pluralistic Democracy